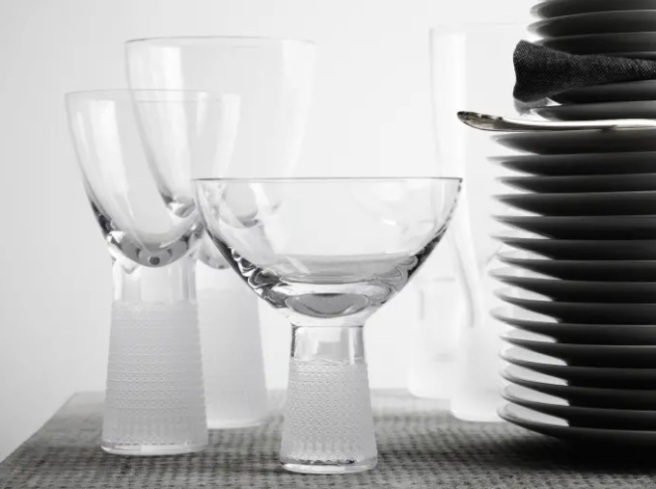 This fine Rosenthal stemware is called Frantisek Vizner. It is produced using the finest crystal creating a style that is best described as modern and design oriented. 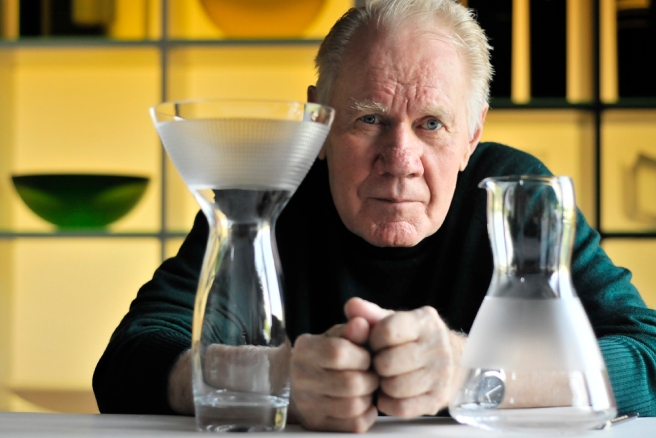 A kind if somewhat stoic presence, Vizner explored pure forms in his 36-year-career as an independent artist, and his work embodied the tension between function and purely sculptural forms. Like other Czech sculptors using the material of glass, the heavy volume and poetic translucence were primary aspects of his work, but Vizner employed precision cutting and grinding to create machine-like negative volumes that surgically subtracted geometric shapes, creating fertile abstractions within sleek overall forms.

Vizner influenced the Studio Glass movement in the United States since his work was included in the Corning Museum’s landmark exhibition, “New Glass: A Worldwide Survey” in 1979. His work would again be exhibited at the museum with the solo exhibition “Masters of Studio Glass: František VÍzner” in 2009.